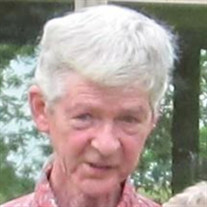 Donald Arthur Riley 19 September 1943 – 1 April 2020 Donald Riley lived life to the fullest possible extent. When he was barely 18 years old he joined the United States Marine Corps and served with bravery in the Vietnam War. After his tour of duty he tried a number of pursuits but finally worked his way up through the ranks of the telecommunications industry, first at AT&T and eventually becoming an executive of ROLM Corporation in Asia. It was there he first began to angle for black marlin in the Great Barrier Reef off the coast of Australia. His most accomplished year as angler in that area was 1996 when he caught 16 marlin, 10 of which were over 500 pounds. His passion for fishing became a life-long pursuit, and he travelled the world, learning about every ocean and sea, northern lakes, rivers, and even participated in a wonderful expedition to Antarctica with scientists from Stanford University. Throughout his life, and particularly in his retirement years, he focused his energies on environmental issues - particularly the preservation of oceanic conditions and life, and the preservation of the coast of Florida. He was wonderful with children. While living in Florida he organized boating and fishing expeditions in the gulf waters with first graders. Everyone wanted to fish with Cap’n Don because if they did they knew they would catch a fish. In this way he passed his love of the sea and all life within it to others. He was interested in the history of ideas, knowledge and philosophy. He possessed both a great sense of humor and a great sense of adventure. He was kind and generous and tried to help everyone he knew. The world is a better place because he was here. Donald is survived by his sisters Patricia and June, his cousins Dean and Lynn Wivell, Brenda Wivell wife of his late beloved cousin Murray, John Beriau, Brian Clavering, Judith Murray, Deborah Murray Murphy and Leona McKenty Delisle. He will be sorely missed. In memory of Donald A. Riley donations can be made to the Tag A Giant Fund based at the Stanford Marine Station. This group is dedicated to the preservation of tuna and related pelagic fish species. It was with this group that Donald traveled to Antarctica. A link to their website where donations can be made is below, as is a link to a TED talk given by his friend Dr. Barbara Block, about this important work. https://www.tagagiant.org https://www.ted.com/talks/barbara_block_tagging_tuna_in_the_deep_ocean Additional donations can also be made to Donald’s other great interest, the preservation of the Florida coastline: Conservation Florida www.conserveflorida.org

Donald Arthur Riley 19 September 1943 &#8211; 1 April 2020 Donald Riley lived life to the fullest possible extent. When he was barely 18 years old he joined the United States Marine Corps and served with bravery in the Vietnam War. After... View Obituary & Service Information

The family of Mr Donald Arthur Riley created this Life Tributes page to make it easy to share your memories.

Send flowers to the Riley family.