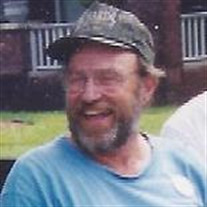 Edward C. Riegen, known to friends as Ed or “Eddie”, ended his walk in this world on December 13, 2018 at the age of 80 years. Born in Cornwall, New York, Ed graduated from Princeton New Jersey High School. After graduating he went on to a 35 year career with the 3M Company where he would ultimately achieve a position as Plant Superintendent in Little Rock, Arkansas. Ed was a loving husband, a devoted family man, and proper role model to those he loved. He enjoyed coaching Little League Baseball for many years and teaching his children how to hunt and fish. Ed was a lover of nature and the outdoors as well as an avid sportsman. Hunting and fishing were his passionate pursuits. He was also known to hack out the occasional round of golf, rack ‘em up with his buddies, and down some pins in the local bowling league. Ed was also an accomplished Canasta player. Over the years he enjoyed battling his wife during weekly Canasta nights where they would join with other friends, freezing the deck into the wee hours. Upon retirement Ed moved to Homosassa, Florida where he continued his outdoor adventures upon the waters of the Gulf of Mexico. Many that joined Ed in all of these pastimes and adventures would often return with lifelong memories. Ed was not an intensely religious man, but he was a spiritual being. He found deep kinship in the Native American traditions. Our family wishes Ed safe passage to The Spirit in the Sky. May the game be plentiful on the Happy Hunting Grounds and the wind always in your favor. Ed was preceded in death by his mother, Joan Riegen. He is survived by his wife; the love of his life, Christa Riegen. They were married for 50 years. He is also survived by his son, Mark Riegen (Tuesday), his daughter Christa Ubel (Bill) and his daughter Lisa Hancock. Ed will be laid to rest in Highland Cemetery of Hopewell, New Jersey beside his Mother. There he will await the love of his life, Christa. Online condolences may be sent to the family at www.HooperFuneralHome.com The family will receive friends from 6:00 to 9:00 pm at the Homosassa Chapel of Hooper Funeral Homes on Tuesday December 18, 2018. In lieu of flowers donations may be sent to the Alzheimer’s Association (www.alz.org) or the American Red Cross (www.redcross.org)

Edward C. Riegen, known to friends as Ed or &#8220;Eddie&#8221;, ended his walk in this world on December 13, 2018 at the age of 80 years. Born in Cornwall, New York, Ed graduated from Princeton New Jersey High School. After graduating he... View Obituary & Service Information

The family of Mr. Edward C. Riegen created this Life Tributes page to make it easy to share your memories.

Edward C. Riegen, known to friends as Ed or “Eddie”, ended his...

Send flowers to the Riegen family.