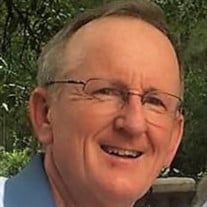 Gary L. Conard, 72, Inverness, FL Gary L Conard, 72, passed away peacefully on March 16, 2020, with his family and close friends surrounding him with their love. He was born February 19, 1948 in Dekalb, Illinois, to the late Carl and Elnora Conard. He was preceded in death by his sister, Sharon Symonds, his father-in-law and mother-in-law, Emuel and Frances Shorts. Left to cherish his memory are his wife, Linda Conard; son, Brian Conard; daughter, Michelle Conard-Garcia and grandchildren: Cade and Ty Conard; Shyann and Cameron Garcia, and many nieces and nephews. Gary grew up in Genoa, Illinois and graduated from High School where he participated in track and field. Gary and Linda were married in Virginia Beach in July 1970 and they moved to Citrus County in 1973. They would have celebrated their 50th wedding anniversary this coming July. Gary was a US Navy Veteran, honorably serving his country during the Vietnam War era. He graduated from technical college in Dekalb, IL as a barber. He was the president and owner of Family Headquarters Barbershop Inc. in Homosassa for almost 50 years. His barbershop co-workers and the customers he served were an extension of his family. Gary was a faithful member of Calvary Church in Inverness, for 13 years, where he gave 2 years of service to the children’s ministry. Gary enjoyed playing golf, being in nature, and was an avid runner, where he completed multiple marathons and entered into many 5k & 10k races. Gary was known by others to be very genuine, giving, always had a sense of humor and was very active in the community. Gary participated for multiple years with the Key Training Center annual “Run for the Money.” He also sponsored many local youth sports teams and activities and often would donate to veteran’s organizations such as the Paralyzed Veterans of America. A memorial service to celebrate Gary’s life will be held at a later date. A private interment will take place at the Florida National Cemetery in Bushnell. In lieu of flowers, the family has requested you make a donation to Calvary Church’s benevolence ministry at calvary.online/give or by mail at 2728 E Harley St, Inverness, FL 34453. Arrangements are under the direction of the Hooper Funeral Homes & Crematory.

Gary L. Conard, 72, Inverness, FL Gary L Conard, 72, passed away peacefully on March 16, 2020, with his family and close friends surrounding him with their love. He was born February 19, 1948 in Dekalb, Illinois, to the late Carl and Elnora... View Obituary & Service Information

The family of Mr Gary Leroy Conard created this Life Tributes page to make it easy to share your memories.

Send flowers to the Conard family.