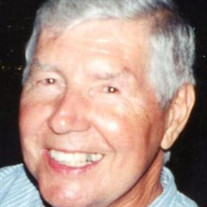 Gordon B. Boucher Sr., a.k.a. “Flash”, age 91 years, of Inverness, FL, passed away Sunday, May 1, 2021. He was born April 3, 1930 in Derby, Connecticut, son of Emil and Katherine (Sauer) Boucher. He was an Army Veteran serving in the Korean War. He was a 70 year Free Mason and a Shriner. He received his Masters degree from U. Conn and moved to Date County, Florida to pursue a career in education. He was made a school principal at the age of 33. A hobby of his was pistol target shooting and he won many competitions and awards. Upon retiring he relocated to Kent, CT. He was elected to the towns’ finance board. Eventually he found his way to Inverness, ostensibly for the bass fishing. Always involved in the community, he served on the Sheriff’s Community Patrol for many years. He is survived by his sons: Gordon (Susan) Boucher, Jr., Inverness; Dale Boucher, Ft. Lauderdale, FL; Shepard (Tiffany) Boucher, Los Angeles, CA; daughter: Suzanne (Karen White) Boucher, Inverness, FL; his brothers: Armand Boucher, W. Suffield, CT; David Boucher, Orange, CT; a sister: Florence Edward, Seymour, CT; Grandsons: Kenneth (Bonne Bartron) Boucher, Hollywood, CA; David (Erica) Boucher, Homestead, FL; and Great Granddaughters: Alonna and Gabrilla Boucher, Homestead, FL. Online condolences for the family may be left at www.HooperFuneralHome.com. Arrangements under the direction of the Inverness Chapel of Hooper Funeral Homes.

The family of Gordon Bertrand Boucher created this Life Tributes page to make it easy to share your memories.

Send flowers to the Boucher family.