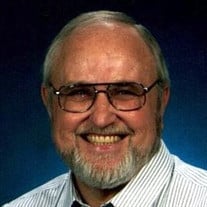 The Service of Remembrance for Mr. Jerry "Big Jerry" Wayne Watson Sr., age 68, of Inverness, Florida, will be held 11:00 AM, Monday, June 12, 2017 at the Inverness Chapel of Hooper Funeral Homes with Chaplain Daniel Lyman officiating. Interment with Military Honors will follow at Florida National Cemetery, Bushnell, Florida. The family will receive friends from 10:00 AM until 11:00 AM, Monday at the funeral home. The family requests expressions of sympathy take the form of memorial donations to Hospice of Citrus County, P.O. Box 641270 Beverly Hills, FL 34464. Online condolences may be sent to the family at www.HooperFuneralHome.com. Mr. Watson was born June 23, 1948 in Taylorsville, Mississippi, and was the son of the late Raymond and Mary (Puckett) Watson. He died June 9, 2017 in Inverness, FL. Mr. Watson was a United States Marine Corps veteran serving his country in Vietnam during the Vietnam War. He was the long time owner of Jerry Watson Masonry, Inc. Big Jerry liked to play poker and was an avid sports fan, especially of Florida State University. In addition to his parents, Mr. Watson was preceded in death by sister Mary Burke. Survivors include wife of 47 years, Marsha Watson, 3 sons, Darren Watson, Philip Watson and Jerry Watson, Jr. along with his brother, Ernest Ray Williamson. He is also survived by 5 grandchildren, Cody, Gracie, Zach, Rusty and Reagan. Arrangements are under the direction of the Inverness Chapel of Hooper Funeral Homes & Crematory. "America lost a man that had to fight a war in Vietnam his entire life."

The family of Mr. Jerry W. Watson created this Life Tributes page to make it easy to share your memories.

Send flowers to the Watson family.