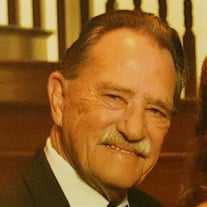 Lewis “Lew” O. Chandler, age 81, passed away Wednesday, January 26th, 2022 in the loving care of his family at his Homosassa home. Born in Memphis, TN, on November 16, 1940. He was a Golden Gloves boxer and Boy Scout. He did a brief stint in the Navy before settling in California for several years. His job as an electrician brought him to Florida in 1983, where he met and married his wife, Tonia. They settled in Port Charlotte and had three children there. While there, he obtained his Master Electrician license and went on to become an inspector for the county. He moved to Citrus County (Homosassa) with his family in 2001 from Port Charlotte, Florida when he accepted a position as the Building Official for the City of Crystal River. He was a longtime member of the Crystal River Lions Club and former member of the Citrus County Democrats and the Building Officials of Florida. He was preceded in death by his mother, Frances Simpson Marsh, his father, Lewis O. Chandler, Sr., and his son, Tobey. He is survived by his wife, Tonia (m. 1984), his sons, Christopher (Fiancee, Lauren) and Cody, his daughter Courtney, his brothers Lee, Corbitt (Debbie) and Steve (Sharon), sister Diane Simon (Josh), 2 honorary grandchildren (Cody and Caylee) and numerous nieces, nephews, grandnieces, and grandnephews. Visitation and funeral service will take place on Saturday, February 5th at Hooper Funeral Home, 8495 W. Grover Cleveland Blvd. Homosassa, FL 34446. Visitation at noon, service at 2pm. Internment will follow. There will be a Celebration of Life on Sunday. February 6th at the Crystal River Lions Club/Train Depot, 109 Crystal Street, Crystal River, FL 34428. Celebration begins at noon and will last until the stories dwindle (12-3 or ??). Memories can be shared at www.HooperFuneralHome.com. In lieu of flowers, donations in Lew's memory can be made to Crystal River Lions Club or Lions International Foundation.

The family of Mr. Lewis "Lew" O. Chandler created this Life Tributes page to make it easy to share your memories.

Send flowers to the Chandler family.