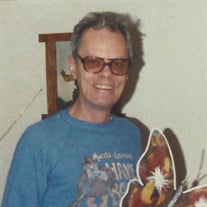 Mr. Richard Leete, age 85, died Tuesday, January 18, 2022 in Homosassa, FL. Richard was born October 28, 1936 in Marlborough, MA, son of Raymond and Alice Leete. He was a Navy veteran serving aboard the U.S.S. Wisconsin during peace times where he worked as a Communications Specialist.  After the military Richard worked as a machinist until he retired.  He had a love for hunting, fishing, archery, shooting and being outdoors. He was a proud member of the Fraternal Order of Eagles, the Elks Lodge, and the VFW. Richard was also a member of the Rod and Gun Club in Hudson, MA, and the Fish and Game Club in Marlborough, MA. Mr. Leete was preceded in death by father, Raymond Leete, mother, Alice Labossiere, and wife, Jean Wheeler Leete. Survivors include loving wife, Lois Leete of Homosassa, FL, son, Raymond Leete of Homosassa, FL, son, Keith Leete of Homosassa, FL, son, Philip Leete of Hampton, NH, son, Vincent Leete of Hudson, MA, daughter, Theresa Hanson of Lecanto, FL, sister, Barbara Robinson of Hudson, MA, sister, Nancy Leete of Hudson, MA, 5 grandchildren, and 1 great-grandchild. The Service of Remembrance for Mr. Richard Leete, will be held at 1:30 PM, Sunday, January 23, 2022 at the Homosassa Chapel of Hooper Funeral Homes. The family will receive friends from 12:30 PM until 1:30 PM, Sunday at the Homosassa Chapel. The family requests expressions of sympathy take the form of memorial donations to the Wounded Warrior Project at https://support.woundedwarriorproject.org. Online condolences may be sent to the family at www.HooperFuneralHome.com. Arrangements are under the direction of the Hooper Funeral Homes & Crematory.

The family of Mr. Richard Leete created this Life Tributes page to make it easy to share your memories.

Send flowers to the Leete family.