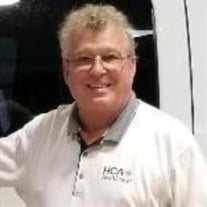 The Service of Remembrance for Mr. Robert "Bob" Carter Phinney, age 71, of Inverness, Florida, will be held 3:00 PM, Saturday, August 28, 2021 at the Inverness Chapel of Hooper Funeral Homes. The family will receive friends from 2:00 PM until 3:00 PM, Saturday at the Chapel. Bob was born August 27, 1949 in Albany, NY, son of Bob and Josephine (Lyons) Phinney. Bob died August 24, 2021 in Inverness, FL. He grew up in Oneonta, NY and in 1968 he enlisted in the Air Force and served until 1979 retiring as a Staff Sergeant. During his years in the service Bob served during the Vietnam War. He studied at the University of Arizona. In 2009 at the age of 60, he was extremely proud when he achieved a Bachelor of Science degree in Applied Science Technology Management / Business Information Systems from Saint Petersburg College in St. Petersburg, FL. In 1994, Bob relocated to Citrus County from Tampa. For 20 years, he worked as a Senior Technical Support Analyst for Citrus Memorial Hospital. He loved everything Soccer, from coaching his girls, watching games, playing, and refereeing. Bob loved working as a referee for the Tampa Bay Rowdies of the NASL from 1980-1984. His favorite team was the Liverpool Football Club from the English Premier League. He also enjoyed computers and traveling. Bob was preceded in death by his parents and is survived by his wife, Kimberly Phinney of Inverness, FL; 2 Daughters: Tonya Rahinsky of Marietta, GA, and Lara Baseluos and her husband Michael of San Antonio, TX; Brother: David A. Phinney and his wife Shirley of Schenectady, NY; Sister: Karen Higgins of Inverness, FL; 2 Grandchildren: Connor and Sammie Rahinsky; Nieces: Stacy Cole and her husband John, Megan Doty and her husband Joey, Eileen Austin and her husband Jason; Nephew: Cody Barnes and his fiance Jamie Perino; Great-nieces: Nevyn Cole and Brae Cole; and Great Nephews: Lochlan Cole and Gianni Barnes. Arrangements are under the direction of the Hooper Funeral Homes & Crematory. Online condolences may be sent to the family at www.HooperFuneralHome.com. In lieu of flowers, donations can be made in honor of Robert Phinney to Wounded Warrior Project at https://www.woundedwarriorproject.org/.

The Service of Remembrance for Mr. Robert "Bob" Carter Phinney, age 71, of Inverness, Florida, will be held 3:00 PM, Saturday, August 28, 2021 at the Inverness Chapel of Hooper Funeral Homes. The family will receive friends from 2:00 PM until... View Obituary & Service Information

The family of Mr. Robert "Bob" Carter Phinney created this Life Tributes page to make it easy to share your memories.

The Service of Remembrance for Mr. Robert &quot;Bob&quot; Carter Phinney,...

Send flowers to the Phinney family.