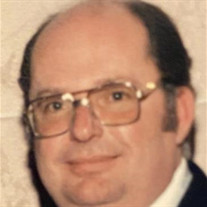 Mr. Robert Henry Martens, age 72, of Beverly Hills, Florida, died February 8, 2020 in Inverness, FL. He was born April 10, 1947 in Exeter, NH, son of Behrend and Frieda (DeSalvo) Martens. Robert was a US Navy Veteran who served in Vietnam. He worked in Fleet Service for Pan Am airlines for 26 years and moved to Beverly Hills, Florida from Manassas, VA in 1991. Once he moved to Florida, Robert owned and operated Bob's Pool Cleaning Service. Robert enjoyed golf, traveling and going to the casino in Biloxi, MS. He was the President of the Pan American World Golf Fellowship for 14 years and a member for over 40. He was also a member of the Teamsters Union while employed by Pan Am Airlines. Robert was preceded in death by his parents and is survived by his wife of nearly 47 years, Francesca A. Martens of Beverly Hills, FL, son, Christopher Robert Martens of Fredericksburg, VA, two brothers: Paul Martens of West Warwick, RI, and David (Jacqueline) Martens of Raynham, MA, three sisters: Nancy (Maury) Nordstrom of Hudson, NH, Mary (Thomas) Marcel of Hanover, MA, and Annette (Joseph) Cardoza of Athol, MA, two grandsons, C. Tyler Martens and Jordan Robert Martens. A Visitation and Prayer Service will be held at 2:00 pm, Saturday, February 15, 2020 at the Beverly Hills Chapel of Hooper Funeral Homes. Guests are invited to join a gathering after the service at the Quality Inn Conference Center, Tuscany On The Meadow, at 350 E. Norvell Bryant Highway, in Hernando, FL. Online condolences may be made to the family at www.hooperfuneralhome.com . Arrangements are under the direction of the Hooper Funeral Homes & Crematory.

The family of Mr. Robert Henry Martens created this Life Tributes page to make it easy to share your memories.

Send flowers to the Martens family.