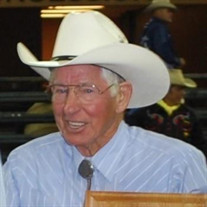 Valentine “Buster” Marion Rooks of Inverness, who was also lovingly called daddy, grandaddy, and Val, joined his Heavenly Father on the beautiful morning of October 30, 2021 while working in his yard. He had waited patiently and with great yearning to see his eternal home, to meet his Savior, and reunite with his beloved wife Frances, who preceded him in death earlier this year. Valentine was born into a pioneer family of Citrus County that settled in Pleasant Grove in 1870. He grew up as one of nine children in a large and endearing family. Valentine was baptized at Eden Baptist Church and became a member in August 1939. He was a member there for 82 years. Valentine married his high school sweetheart Frances in 1946 and started their homestead three miles north of his father’s homestead where they would spend the remaining years of their life. He was a hardworking and kind father who raised three children in adoration of the Lord with his loving wife each step of the way. Valentine and Frances established a thriving cattle ranch in Pleasant Grove. Valentine and Frances were pioneers of utilizing agricultural technology throughout their ranch. Valentine and Frances were longtime members of the Hernando-Citrus Farm Bureau. During those years he served in several leadership roles, including that as director since the early 1970’s. He then provided leadership as vice president for two years and president for thirteen years. Because of these years of leadership, he was presented with the honor of being named a Lifetime Director. Another significant organization Valentine believed in was the Citrus County Cattlemen’s Association. He and Frances were charter members. His many areas of service included years as a director, treasurer, and president. He was an Honorary Director of the local association and presented the distinction as Honorary Director in 1990 of the Florida Cattlemen’s Association. Mentorship of young people was very important to Valentine. This was evident in his commitment to the 4-H, FFA, and Citrus County livestock programs. In addition, Valentine was involved with the Citrus County Fair Association, and an Honorary Director. He invested his time and energy into these programs for the benefit of his children, grandchildren, and the community. Valentine also served on various boards and committees such as County Comprehensive Planning Board, Gulf Soil Conservation District Board, Farm Service Agency, and the Farm Home Administration Board. While Valentine appreciated the earthly awards and accolades, they pale in comparison to his true passion of his adoring children, grandchildren and great-grandchildren. Nothing brought more joy, delight, and a twinkle to his eye than spending time with his beloved family. One such cherished family tradition that Valentine anticipated each November was making sugar cane syrup and sipping the cold fresh cane juice. His family and friends would gather and visit over a boiling pot of syrup. This was always a happy time for Valentine and Frances. Valentine was preceded in death by his wife, Frances Spooner Rooks, his father, James E. Rooks Sr. and mother Ellenor Seckinger from Fellowship, Marion County, Florida; three brothers James E. Jr., Daniel, and Almyr; four sisters, Rose Knight, Ellenor Morley, Eunice Toller, and Marjorie Terrill. He is survived by his brother Albert Rooks of Brooksville. His memory will lovingly be kept alive by his family. Valentine was the father of Valentine Eugene (Rosemary) Rooks, Ella (John) Thomas, and Larry (Nancy) Rooks. Val’s love for his six grandchildren and fourteen great-grandchildren was a tender, loving-kindness that overflowed with a sense of humor to light up all their faces. Justin (Natalie) Rooks parents of Caroline and Audrey; Katie (Adam) Weaver parent of Lillian Grace, Joseph, Rooks, and Mary Emilee; Sarah (Cody) Hensley parents of Chloe Rose and Ayden; Martha (Daniel) Moen parents of Valen and Thomas; Rebecca (Dustin) Green parents of Madeline Ruth and Waylon James; and Nocona (Travis) Anderson parents of Layla Rachelle and Breton Edmond. Valentine’s life will be celebrated at Hooper Funeral Home. The family will welcome visitors Saturday, November 6th from 5pm-8pm. The funeral will be Sunday, November 7th at 2pm with graveside service to follow at Oak Ridge Cemetery. The family has asked for those wishing to contribute to the legacy of Valentine Rooks to please make donations to Citrus County Cattlemen’s Educational Fund. Citrus County Cattlemen’s Fund; P.O. Box 2742 Inverness, FL 34451. “My flesh and my heart may fail, but God is the strength of my health and my portion forever.” Psalm 73:26

Valentine &#8220;Buster&#8221; Marion Rooks of Inverness, who was also lovingly called daddy, grandaddy, and Val, joined his Heavenly Father on the beautiful morning of October 30, 2021 while working in his yard. He had waited patiently and... View Obituary & Service Information

The family of Mr. Valentine "Buster" Marion Rooks created this Life Tributes page to make it easy to share your memories.

Valentine “Buster” Marion Rooks of Inverness, who was also lovingly...

Send flowers to the Rooks family.