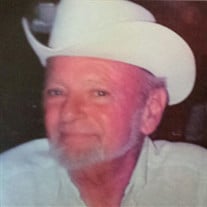 Mr. Wayne H. Mannion, age 78 of Lecanto, Florida, died Monday, July 31, 2017 in Lecanto, FL. He was born October 15, 1938 in Bridgeport, CT, son of the late Robert Hunter and Marion (Bannerman) Mannion. He graduated from Bullard Havens Tech in 1957, where he hoped to become a contractor in Florida one day. In 1972 that dream came true. He moved his family to Florida and operated his own Masonry Contracting Company until his retirement. He served his country in the National Guard between 1959-1967. On April 25, 1957 he married Bernice L. Soller. Together they had 3 children; Wayne, Mark and Patricia. Mr. Mannion is survived by son, Mark Mannion and his wife Lucy of Inverness, FL and 6 grandchildren: Aubrey Mannion, Rachel Mannion, Cory Maynard, Felicia (Maynard) Figley, Dana (Maynard) Livingston, and Dale Michael Maynard as well as 12 great grandchildren. He was preceded in death by his children's mother, Bernice Mannion, his son, Wayne H. Mannion, his daughter, Patricia B. (Mannion) Maynard and his brother Keith C. Mannion. Mr. Mannion was a member of the Church of Christ in Lecanto, Florida. He loved the American Bald Eagle and collected figurines of all sizes. In lieu of flowers, the family requests expressions of sympathy take the form of memorial donations to Hospice of Citrus and the Nature Coast, P.O. Box 641270, Beverly Hills, FL 34464. Online condolences may be sent to the family at www.HooperFuneralHome.com. Arrangements by the Inverness Chapel of Hooper Funeral Homes & Crematory.

The family of Mr. Wayne H. Mannion created this Life Tributes page to make it easy to share your memories.

Send flowers to the Mannion family.