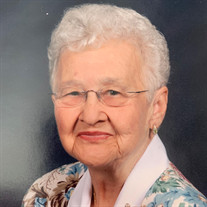 A Service of Remembrance for Winifred (Betty) Elizabeth (Bennett) Lane, formerly of Homosassa, FL. and Middletown, NY, will be held 11:30 AM Wednesday, February 6, 2019 at the Homosassa Chapel of Hooper Funeral Homes, the family will receive friends on Wednesday from 10:00 AM until 11:30 AM at the chapel. Mrs Lane died Wednesday January 30, 2019 at the Morningside Assisted Living facility in Midlothian, Va. at the age of 91. Born December 28, 1927 in Franklin, N.J. to Theodore T. and Margaret (Sheldon) Bennett, Betty lived most of her life in Middletown, NY with her late husband Ray (Bud) Lane. She was a working mother and a homemaker extraordinaire, noted and widely appreciated for her excellent cooking and baking, before retiring with her husband to Homosassa. Betty was patriotically employed at the Picatinny Arsenal in Dover, N.J. during WWII. She and Bud married when he returned from his wartime service in Europe. Betty later enjoyed a successful career in popular Middletown retail stores, first as a clerk, and subsequently as the office manager for J.J. Newberry, Woolworths and Flah’s Women’s Apparel Store. Betty retired to Homosassa, Florida from Middletown, NY 29 years ago. She was a member of the First Presbyterian Church of Crystal River. Her husband, Ray (Bud) Lane, preceded her in death May 25, 2012. Betty then moved closer to her son, Wayne and his family, in VA. Mrs. Lane came from a very large family and was preceded in death by her parents and four brothers, Wilbur, Clarence, John, Doug, and three sisters, Lois, Cora and Joan. Survivors include her sister Patricia of Homosassa, two sons, Wayne (Carol) Lane of Richmond VA and Jerry (Camille) Lane of Briarcliff Manor NY, and nine cherished grandchildren, Alyssa, Amanda (John), Danielle, Brittany (Alex), Roxanne (Andrew) and Alexander, and two treasured great-grandchildren, Landon and Fallon. In lieu of flowers, please consider donating to the Alzheimer’s Association. The local chapter is https://www.alz.org/flgulfcoast. Online condolences may be made to the family at www.hooperfuneralhome.com. Arrangement are under the direction of Hooper Funeral Home & Crematory.

A Service of Remembrance for Winifred (Betty) Elizabeth (Bennett) Lane, formerly of Homosassa, FL. and Middletown, NY, will be held 11:30 AM Wednesday, February 6, 2019 at the Homosassa Chapel of Hooper Funeral Homes, the family will receive... View Obituary & Service Information

The family of Mrs. Winifred Lane created this Life Tributes page to make it easy to share your memories.

A Service of Remembrance for Winifred (Betty) Elizabeth (Bennett)...

Send flowers to the Lane family.